To inspire people to live their best life through engagement in mixed martial arts.

Martial arts are codified systems and traditions of combat practiced for a number of reasons such as self-defense; military and law enforcement applications; competition; physical, mental, and spiritual development. Although the term martial art has become associated with the fighting arts of East Asia, it originally referred to the combat systems of Europe as early as the 1550s. The term is derived from Latin and means “arts of Mars”, the Roman god of war.

Krav Maga is a military self-defense and fighting system developed for the Israel Defense Forces and Israeli security forces derived from a combination of techniques sourced from Boxing, Wrestling, Judo, Aikido, and Karate. Krav Maga is known for its focus on real-world situations and its extreme efficiency.

Mixed martial arts (MMA), sometimes referred to as cage fighting, no holds barred (NHB), and ultimate fighting, is a full-contact combat sport based on striking, grappling and ground fighting, incorporating techniques from various combat sports including boxing, kickboxing and martial arts from around the world.

Brazilian jiu-jitsu (BJJ) came to international prominence in the martial arts community in the early 1990s, when BJJ expert Royce Gracie won the first, second and fourth Ultimate Fighting Championships, which at the time were single-elimination martial arts tournaments. Royce often fought successfully against much larger opponents who practiced other styles, including boxing, wrestling, shoot-fighting, karate and taekwondo. It has since become a staple art and key component for many MMA fighters. BJJ is largely credited for bringing widespread attention to the importance of ground fighting. BJJ is primarily a ground-based fighting style that emphasizes joint locks and chokeholds to submit the adversary, but it can also use other techniques such as throws and holds derived from wrestling and from its Jujutsu/Judo base.

Wrestling gained tremendous respect due to its effectiveness in mixed martial arts competitions. It is widely studied by mixed martial artists and credited for conferring an emphasis on conditioning for explosive movement and stamina, both of which are critical in competitive mixed martial arts. It is known for excellent takedowns, particularly against the legs.

Muay Thai or Thai boxing and kickboxing, along with boxing, are recognized as a foundation for striking in mixed martial arts and are both widely practiced and taught. Although both may seem identical, each has different techniques. Muay Thai originated in Thailand and is known as the “art of eight limbs”, which refers to the use of the legs, knees, elbows, and fists. One of the primary benefits of training in Muay Thai for MMA is its versatility. Techniques cover the long, middle and short range with everything from kicks to clinch holds and throws. Meanwhile, kickboxing is a group of stand-up combat martial arts based on kicking and punching. The modern style originated in Japan, developed from Karate and Muay Thai, and had further development in the Netherlands and the United States. Different governing bodies apply different rules, such as allowing the use of elbows, knees, clinching or throws, etc.

Boxing is a combat form that is widely used in MMA and is one of the primary striking bases for many fighters. Boxing punches account for the vast majority of strikes during the standup portion of a bout and also account for the largest number of significant strikes, knock downs and KOs in MMA matches. Several aspects of boxing are extremely valuable such as footwork, combinations, and defensive techniques like slips, head movement and stance (including chin protection and keeping hands up) commonly known as the Guard position. Boxing-based fighters have also been shown to throw and land a higher volume of strikes when compared with other striking bases.

Judo. “gentle way” is a modern Japanese martial art, a system of unarmed combat, and now primarily a sport. Judo is not only a training of body and mind, but also a way of human formation. Judo was created in 1882 by Jigoro Kano (1860-1938). He studied old jujutsu, which is martial arts of Samurai, but he, as a pedagogue, decided to eliminate “the most dangerous techniques” and created new “Kano Jiu-Jitsu”, which is now widely known as Judo.

Learn self-defense, build confidence, and get in the best shape of your lives! Martial arts have tons of physical, mental, and social benefits, suitable for anyone and everyone. Become part of something positive and learn new skills from trained martial arts professionals. 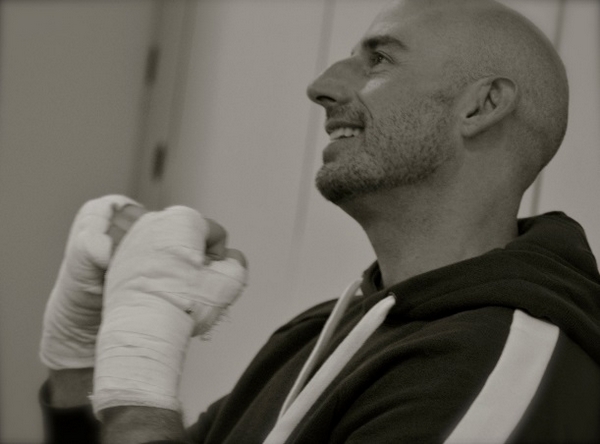 Iacino started MMA at its time of inception in Denver in the 90s and Aaron has been teaching MMA, Muay Thai Kickboxing and Self-Defense ever since. In the last 20 years he has earned multiple trainer certifications in martial arts and in law enforcement. Aaron has trained Swat, Police, Sheriffs, State Patrol, Army, Private Investigators and Civilians. 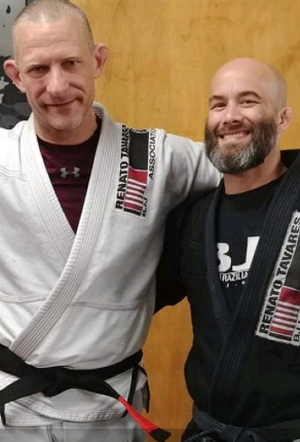 Jesse Perrin is a Black Belt under Third Degree Black Belt Jason Bircher of Kansas City Brazilian Jiu Jitsu (KCBJJ), part of the Renato Tavares Association. Jesse has over 16 years of BJJ experience and has competed over the years in a variety of tournaments, achieving bronze, silver, and gold medals in the NAGA (North American Grappling Association), the Hawaiian Triple Crown of Jiu-Jitsu, the Submission Challenge VGC, the Omaha Best of the Best, and the Sunflower State Games in Kansas.

Jesse is experienced in coaching Brazilian Jiu-Jitsu for both sport and self-defense and his curriculum will cover both aspects of the art.

His curriculum covers defense BJJ techniques and martial arts etiquette and safety. Students will go through a series of takedowns, guard, mount, side control, chokes, armlocks, back control, sweeps, escapes, and transitions related to Brazilian Jiu-Jitsu. 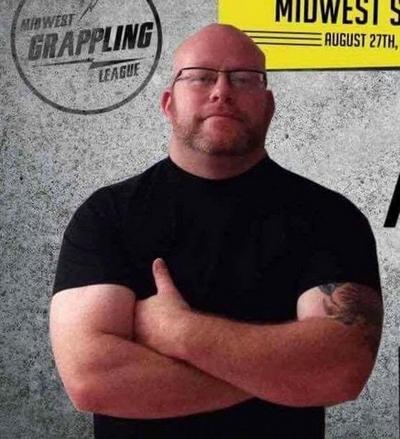 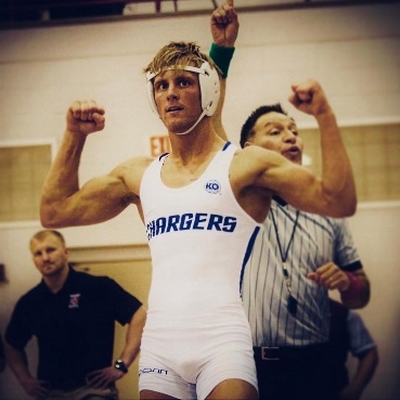 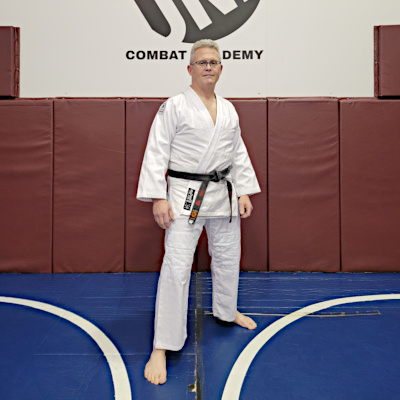 Johnny Tureaud currently holds the rank of Yodan in Judo through the United States Judo Association and is a Certified Judo Coach at the National Level through USA Judo.

He began training in Judo in 1990 at the Dearborn Judo Club under Fred Farley Sensei where he earned his Shodan. Upon moving to Sioux City he continued his study of Judo at the American Judo Club under Frankie Williams Sensei. After Williams Sensei's untimely passing, Johnny continued to teach Judo at American Judo & Jujitsu in both Sioux City and North Sioux City. He is a former Iowa, Michigan and Nebraska State and State Games champion as well as a State Kata champion and has competed in both the United States and Canada. He has instructed many local, state and national champions (both junior and senior) at IJI, MJI, NJI, AAU, USJA and USA Judo sponsored competitions.

In addition to Judo, Johnny has intensely studied several additional martial arts. He is Shodan in Jujitsu and a Certified Jujitsu Coach – Level D through the USJA Jujitsu Program. Johnny holds a Menkyo (license to teach) at the Shoden level in Kenjutsu under George Alexander Hanshi and holds the rank of Yonkyu in Shotokan Karate through both the Shotokan Federation of Michigan and Global Martial Arts Association. 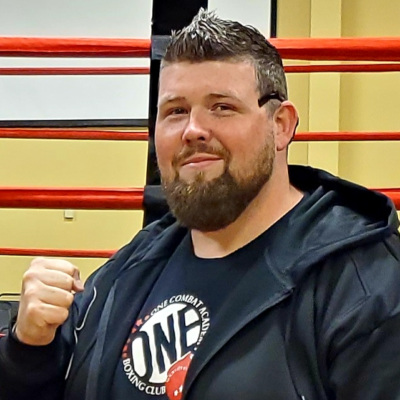 Jacob Rogers is a USA certified boxing coach. He runs One Combat Academy’s Boxing Club which is also a USA boxing club. He has coached and cornered many boxing competitions including title fights.

Coach Jake Rogers started boxing at the age of 15 years old boxing in the back of a very well-known barber shop on Dakota Avenue in South Sioux City, Nebraska. His training came under the tutelage of local boxing legend Bill Engle. Training alongside the likes of Nate Martin, Chico Hernandez and others. In his youth he developed a passion for sport. He has studied with many local and regional boxing coaches.

Today and you will find him giving back to aspiring boxers. He says: "it's about building good character while teaching the art and many styles of boxing”. He says, “there is no one glove fits all, no advanced level boxer is exactly alike”. Coach Rogers takes what his boxers are good at and gives them additional tools and skills to use to improve. Coach Rogers trains the importance of fundamentals while incorporating advanced techniques into the routine. 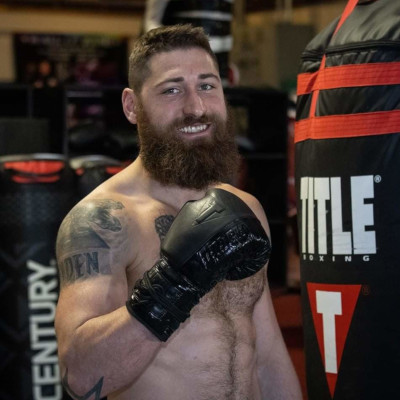 Thompson has over 20 years of boxing experience, sports several belts and titles with over 75 fights, and is unbeaten in his last 20 fights including as a professional. Thompson has a wife and 5 kids and decided to step away from competing to give more attention to his family. He now owns a Boxing gym in Alexandria, Minnesota called the Nordic Warriors Boxing Academy that has had tremendous success despite being open for only two years. Thompson just signed two professional boxers, has over 100 members to NWBA, has hosted two amateur boxing shows and plans to host professional Mixed Martial Arts and Boxing matches near term.

Corey Thompson started boxing at the age of 12 in Detroit Lakes, Mn. As a youth boxer he competed in 40 bouts earning himself four state titles including 2004 Junior Olympic Title. In 2006, Thompson competed against future World Champion Caleb Truax in the Finals of the Golden Gloves Upper-Midwest Tournament of champions. While he lost that tournament, he was awarded the “Best Prospect” award that day. In 2007 to further his Boxing Career he began training under Jose Santiago (a previous trainer to Evander Holyfield) in Colorado. During this time Thompson was able to win the Colorado State Golden Gloves at 165 lbs.

Thompson put together a long series of wins including a 2012 Upper-Midwest Championship that saw him beat three-time champion Anthony Rose and was awarded “Best Boxer” of the entire tournament. Thompson then turned professional in 2012 winning his pro debut by 1st round Knockout. In Mixed Martial Arts he won his first MMA bout against Deangelo Curtis. Thompson then boxed against the unbeaten, upset-minded Michael Thunder and beat him by four round unanimous decision in his last professional bout. 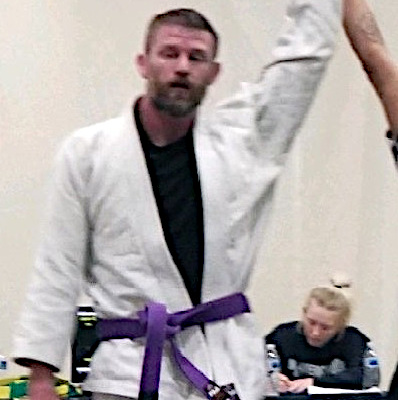 Apollo Swanson joined One Combat Academy in 2014 as a student under Jessi Perrin who is a current BJJ black belt under third degree black belt Jason Bircher of KCBJJ, under the Renato Tavares association. Apollo has competed in multiple amateur Kickboxing and MMA bouts under promotions like Resurrection Fighting Alliance, King of the Cage, Extreme Challenge, and Iowa Challenge.

Apollo has over 80 competitive BJJ matches throughout the Midwest at events like Submission Challenge, Sub Spectrum, American Grappling Federation, Circle of Iron, and Midwest Grappling League.

Get the latest gear!

Order your favorite One Combat merchandise online through their online merch store with Wall of Fame.
ORDER NOW!